Hi everyone! Today, I wanted to tell you guys about a mytholgical fantasy book that releases on October 14th. I will be reading and reviewing it soon. Here’s everything you need to know: 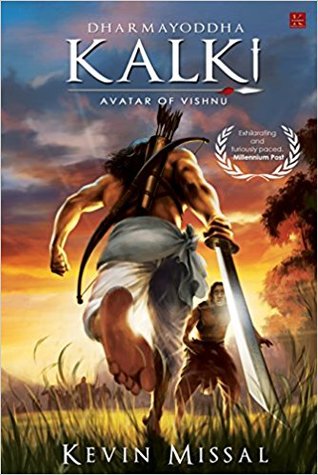 Whenever there is a decline in righteousness and an upsurge in unrighteousness, at that time, I take birth again. -Lord Govind

Born in the quiet village of Shambala, Kalki Hari, son of Vishnuyath and Sumati, has no idea about his heritage until he is pitted against tragedies and battles.

Whisked into the province of Keekatpur, which is under the fist of Lord Kali, Kalki sees the ignominy of death trumping life all around him. He learns that he has been born to cleanse the world he lives in, for which he must journey to the North and learn the ways of Lord Vishnu’s Avatar; from an immortal who wields an axe.

But trapped in the midst of betrayals, political intrigue and forces that seek to decimate him, will he be able to follow his destiny before the Kaliyug begins?

Kevin Missal is a 21 year old graduate from St. Stephen’s College, who has written four novels till now ranging from crime to mythology to horror. He had written his first book at the age of 14, which was released by the Chief Minister of Delhi. His second book was written at the age of 16 and was published by a British indie-press. He is a pioneer in writing the World’s First InstaRead and is a bestseller on Amazon under horror category. He is also the co-owner and co-founder of Kalamos Literary Services, which publishes and promotes fledgling writers to make a mark in the literary industry. He currently lives in Delhi and you can contact him on: kevin.missal@yahoo.in

What are your favorite mythological fantasy books? Are you planning to read Kalki? Let me know down below.