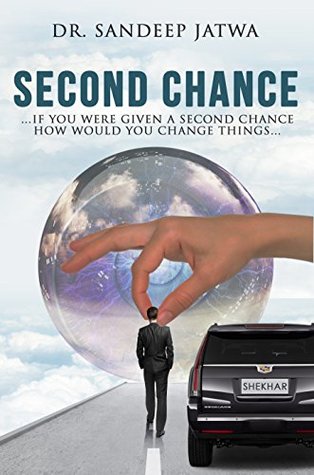 What if a person’s bad deeds don’t go unpunished? What if he is presented in front of a judge, forced to face his crimes and punished for them? What if he is given a second chance?

This book is the story of one such man.

Shekhar Kapoor is the chairman of Aerowalk, a leading shoe company. He is a rude, arrogant and egoistic man who prides himself on his wealth. He treats his employees very badly. He has never felt remorse for any bad thing he has done in his life and always found someone else to blame. His mother is dead and his father had been paralyzed for ten years. He gets a set of warnings in the form of a letter, phone call and email that tell him to change his ways. After paying no attention to the warnings, he finds himself dead and presented before the God of Justice.

The book opens with a thrilling scene. Shekhar is driving a Cadillac on a highway when he gets a phone call that tells him to change what he did wrong. He almost dies but gets saved somehow.

Shekhar gets to see all the cruelties he has done in his life and how they have affected so many people. It is satisfying to see him feel guilty and forced to face his crimes like a person should. His character development is very well done is very well done in the book.

Even though the concept wasn’t very original, it was still carried out well. The whole thing with Shekhar going to hell wasn’t too cliche and it actually made the book what it is. The story is very engaging. It kept me hooked and I was always eager to see what would happen next.

The writing is also quite good. The book is fast-paced and very easy to read. It held my attention throughout. The only problem was that there were some grammatical errors which were very annoying.

I highly enjoyed this book. It gives the message that no matter how powerful you think you might be, karma always catches up with you. It makes you believe that it’s never too late and you can always remedy your mistakes.

“I received a copy of this book from the author in exchange for an honest and unbiased review.”