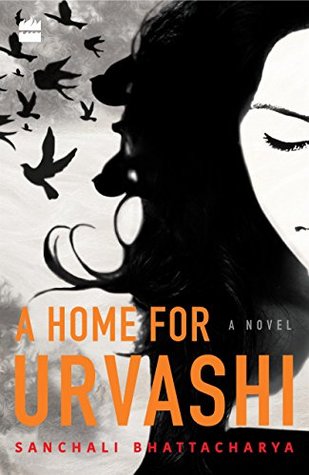 Dulari and Ujjwala are twins and orphans who get separated at birth. Dulari dies while Ujjwala is adopted. Ever since then, Dulari has constantly remained by Ujjwala’s side even though Ujjwala isn’t aware of her sister’s existence. Dulari’s greatest wish has always been to be reborn and join her sister’s side. When Ujjwala is faced with a difficult situation, Dulari has to make a decision- be reborn as Ujjwala’s daughter or help her sister by remaining a spirit?

When I read the synopsis of this book, I was instantly interested. I knew that it would be fascinating to read a book from a spirit’s perspective and I also wanted to read a book that focused on a strong sisterhood.

The book shifts between the spirit world and the mortal world. We read the story through Dulari’s eyes who tells us about her own and her sister’s journey. The book has a strong theme of magical realism. I’ll be upfront and say that I’ve always been wary of this genre and never been a fan. However, I was very interested to see how it plays out in this book.

I highly enjoyed the author’s writing. The descriptions were very well done. The only downside was that they were too long. The cities of Calcutta, Darjeeling, and Bombay were beautifully portrayed. It was fascinating to read about the cities and the protagonist’s life through a ghost’s eyes. As Dulari was a spirit, she had a habit of describing everything she saw in detail and that got a bit tiresome to read.

The most complex character was Dulari herself. Her devotion to Ujjwala was angelic. She becomes infatuated with Sooraj, her sister’s colleague. Her desperation to be with a mortal being makes us sympathize with her. However, her constant indecision and how her mood would change again and again became annoying.

I really liked the plot and it was what kept me reading. However, it went too far with the fantastical elements and became too dramatic.

For the most part, I liked how the book ended. It was surprising but appropriate.

This is an emotional and heart-warming read. It is sweet and sad and the same time. I enjoyed it and will recommend it if you want to read something different. It was something new and refreshing.

“I received a copy of this book from Writersmelon in exchange for an honest and unbiased review.”